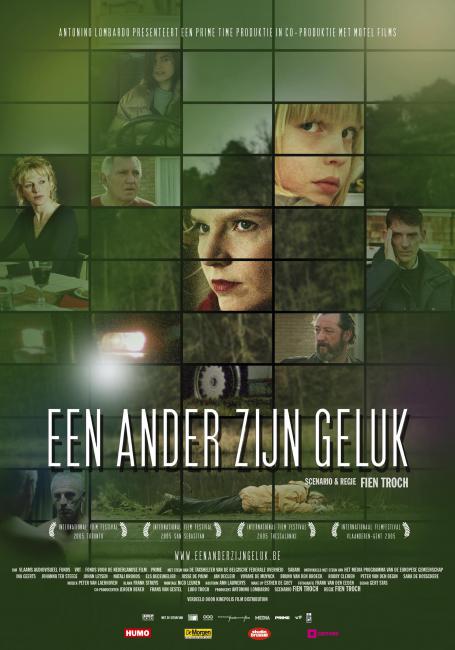 'Someone else's happiness' is set in a small village.

On a cold winter's day, a child gets killed in a hit and run accident. Christine, a divorced mother who is trying to pick up her normal life, discovers the child's lifeless body. But by the time the police arrives, the river's current has taken him away . . . and the police don't seem to believe her.

Chrisitine isn't sure anymore of what she saw. When she finds out a child really was killed that night, she starts feeling guilty and finds herself alone with her ghosty memory, and surrounded by people with an opinion on this drama. Things get even more dramatic when it turns out she knows the family of the victim better than she would've liked to. The film is not only about Christine but about the emotions of all the people involved. All of their stories are intertwined. The villagers are captivated by the drama. They seem to have been awakened from a deep hibernation. At last, something has happened, and peoplehave something to talk about again. Only Christine can't or won't tell anyone what she saw that night.

Parallel to the police's investigation, the victim's family start their own search for the truth. Christine realizes she might be a crucial witness to the case but still finds it too hard to speak up. The longer the search for the killer goes on, the more people get hurt...

Co-production with:
Motel Films (BE)